What is Digital Media?

Basically, any form of media which is encrypted in machine-readable form can be called digital media.

Digital media is any media which depends on electronic devices for its creation, distribution, view, and storage.

Digital media can be said to be an uncomfortable replacement for print media.

But print is not going anywhere soon. According to SPHMAGAZINE print is still used by a lot of americans

It is often considered to be an absolute replacement for whatever is associated with print media.

The implication of this is digital media replaces magazines, newspapers, and printed books.

Since its inception, digital media has gradually influenced the way of life of the average person in both developed and developing countries.

The influence that digital media has over the way of life of lots of people is in existence because of the innovation which it has introduced into education, entertainment,journalism, publishing, public relations, politics, and business.

That is not all. Since coming into limelight, digital media has also brought about a form of innovation to intellectual property, as well as copyright laws.

As a result of its influence, digital media has gradually moved the world from the industrial age to the information age.

This age is somewhat characterized by a decline in the frequency in which pens and paper are used.

It has brought about the replacement of pens and paper with digital devices.

The Impact of Digital Media

Computers were created a very long time before they finally became accessible to virtually everyone.

However, between the time computers were manufactured and when it became possible for anyone to own them, their storage capacity, as well as their computing powers greatly increased.

The presence of smartphones and personal computers have made digital media more effective for a reason.

That reason is simply the ease with which digital media can be shared, accessed, ad modified.

Although digital media can be said to be an uncomfortable replacement for print media, its influence on the society can be likened to the influence that printing press had when it first came into limelight.

Just like print media, digital media require some skills before it can be effectively enjoyed.

When the print media became a phenomenon, people required the ability to read and write before enjoying it.

In addition to the ability to read and write which print media requires, digital media requires its users to be able to browse through the internet conveniently and also develop digital content.

Generally, the form of literacy which is required for people to be able to make use of digital media is called digital literacy.

The impact of the presence of smart devices on the growth and rapid spread of digital media cannot be over-emphasized.

At the moment, there are over 2.32 billion users of smart phones in existence. This figure is expected to climb to 2.87billion by the year 2020. As shown in the diagram below.

When looked at on the surface, it might not really appear like digital media is a lot better than other innovations that have taken place over the years.

Regardless of this, digital media has a major advantage that other innovations lack. This advantage is the ease with which digital media can be shared, stored, copied, and modified.

Since its arrival on the scene, digital media has brought about a lot of innovation in a lot of industries in the economy.

Some of the most affected industries are education, journalism, entertainment, publishing, etc.

Although the innovation brought by digital media to lots of sectors of the economy is really huge, it does not appear like it is going to stop any time soon.

While the presence of digital media has caused lots of changes in many sectors of the economy, its influence in the movie industry is very easy to relate to.

This innovation definitely has good and bad sides. One of its merits is economic.

As a result of the presence of digital media, it has become a lot easier to distribute movies- this can be done by just the click of buttons.

Well, its negative side is it has pushed some people out of job. This is an economic demerit as well.

A lot of dangerous stunts which had to be performed for movies to look real are no longer needed as they can be done digitally.

The movie industry is not the only sector of the economy with an obvious impact form digital media.

Journalism is sector in which the advent and effect of digital media is very obvious.

The presence of digital media appears to have done more harm than good to journalism.

It has resulted in the loss of jobs for lots of people because of a reduction in the relevance of print media.

Although the loss of jobs which resulted as a loss of relevance in print media is bad, even worse is the fact that a lot of major newspapers have had to shut down because of bankruptcy.

Well, on the flip side of the coin, the advent of digital media has created jobs in journalism sector. These jobs are, however, only available to digital literate people.

A long time ago, writing a book and getting it published was an uphill task because of the long process that one had to go through.

Well, the story is a lot different today because of digital media.

If you have a smart phone or a personal computer and have access to the internet, you can go on to create posts and get them posted on the internet.

These posts can be videos, write-ups, articles, etc. That is not all, it is even possible to carry out business transactions on the internet.

As a result of digital media, there has been a drastic decrease the amount that is needed to create content and share.

There are lots of challenges associated with the use of digital media.

A lot of these challenges have a thing or two to do with intellectual property and copyright laws.

Although copyright laws are still in place, they seem to be powerless as far as digital media is concerned.

This is most likely because of the ease with which digital media can be shared.

When an individual writes a book or creates a film, there are laws which ensure that such content cannot be reproduced in any format.

Everyone that is into the creation of content is aware of these laws and sticks to them.

Well, when digital media is involved, people are not exactly sure what the laws binding certain contents are.

People share contents freely on social media without infringing on any law whatsoever.

While there are still, lots of issues associated with the use of digital media, the absence of very well defined law appears to be easily understood by the average person.

What do you think about digital media?

Do you it has come to stay or will be pushed out by another form of innovation in no distant time form now?

Well, regardless of what you think, only time will tell if digital media will get more influential and stay with us for much longer or it will be replaced by another form of technology which will make the world extra complex while attempting to simplify human existence.

In your own view, what is digital marketing?

5 thoughts on “What is Digital Media?” 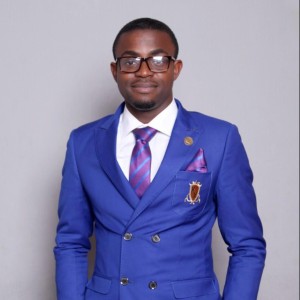 Hope is the founder of Greenedu Digital. His passion is to empower businesses to get found online, make sales and grow exponentially. When he is not doing research on finding new ways to grow, he is spending time with friends and family.

How to Create a Facebook Business Page – Step by Step Guide

Digital Marketing Specialist | Everything you Need to Know

How to Write an About Us Page